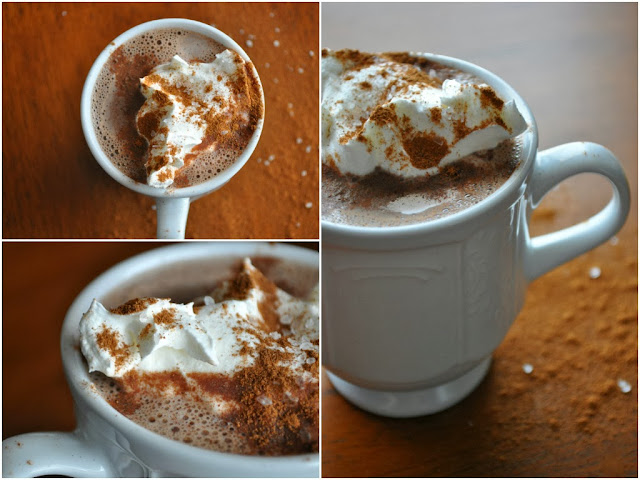 I'll admit, I'm struggling with the Christmas spirit. Yes, my tree went up in October. And yes, all my gifts are wrapped and under a tree. I have, in fact, listened to Amy Grant and Michael W. Smith's Christmas albums an ungodly amount of times. I have five Christmas candles that are all lit in various rooms of the house. Heck, it's even cold outside. I can officially wear boots and scarves to my heart's content.

It's probably the sleep depravation. Having a baby really is as exhausting as they say it is, especially when you're the mom. And look, I'm sure being a dad isn't always a walk in the park. But at 2am, when the baby is screaming and needs some TLC, he wants one person: me. Mom. The queen of the castle. And the kingdom is falling apart because the queen isn't getting any sleep.

So back to the Christmas spirit. I decided that what was missing was the food aspect of things. Having a newborn means minimal time in the kitchen. That means no baking, icing or cute and totally impractical aprons. But if there's one thing I can throw together, it's hot chocolate. I found some Nutella in my pantry and went to it.

Now, whether it worked or not is still undecided, mostly because Tim drank my cup after I fell asleep feeding the baby. Results are pending. But I hope you enjoy this, because I really, really did. Now, excuse me while I go take a pathetic excuse of a nap while my son drools all over me. 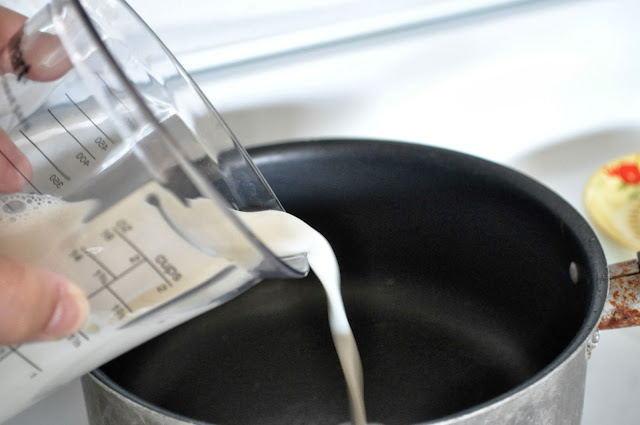 In a small saucepan, heat the milk over medium heat until it's hot, but not boiling. 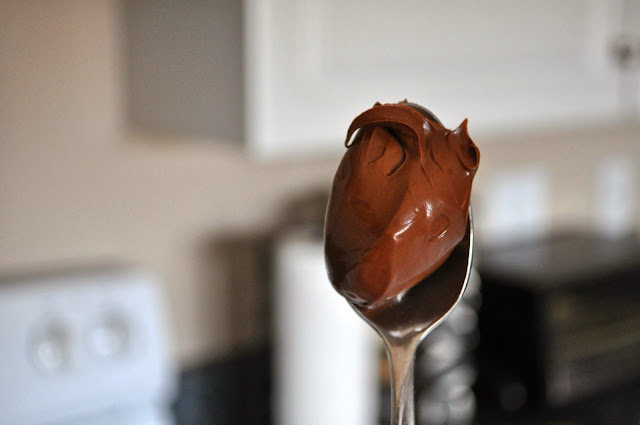 Add the Nutella, aka, "nectar of the gods." 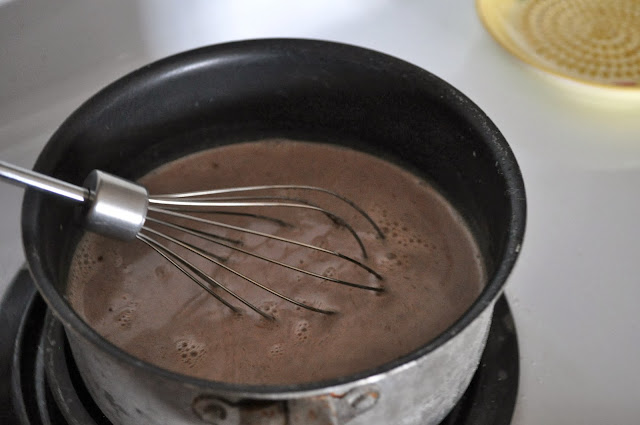 Whisk it up. Do yourself a favor and don't try to use a spoon. 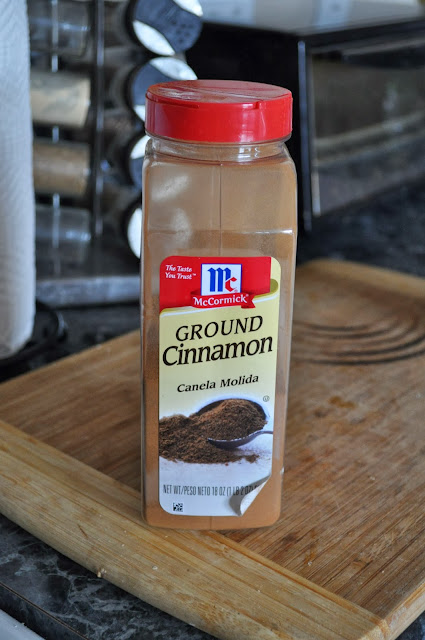 Then add the cinnamon and whisk some more. Pour contents into the mug and top it with the sea salt and whipped cream. 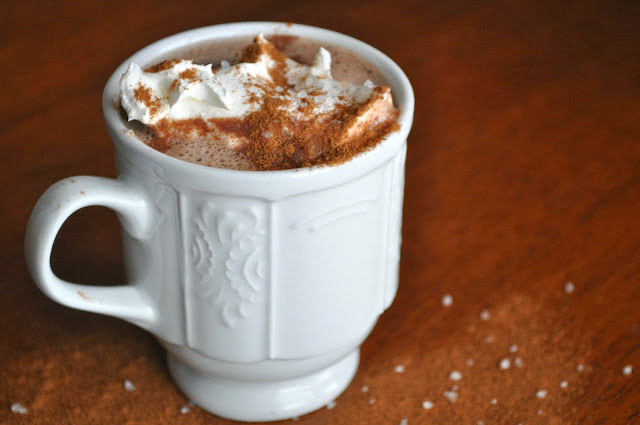 That's it! Anything Nutella touches turns into gold, so I didn't hesitate to make this. And neither should you.