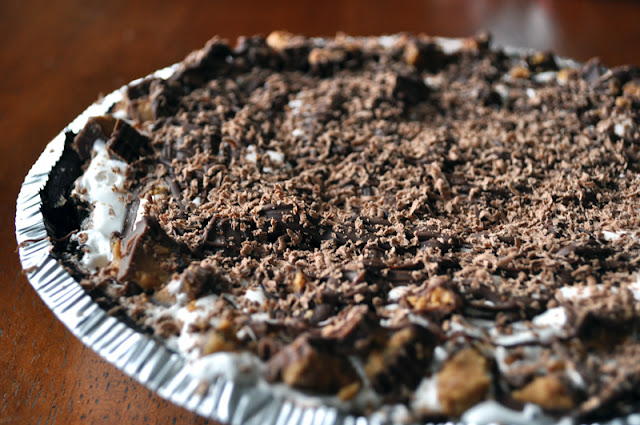 A few weeks ago was my first Thanksgiving as a married woman, so naturally I couldn't come to my in-laws' empty-handed. I played around the kitchen and found an amazing recipe for a chocolate cream pie, and it only takes about 15 minutes and $10 to make. Sure, you could buy one pre-made, but how much better does it feel to show off your own creation? 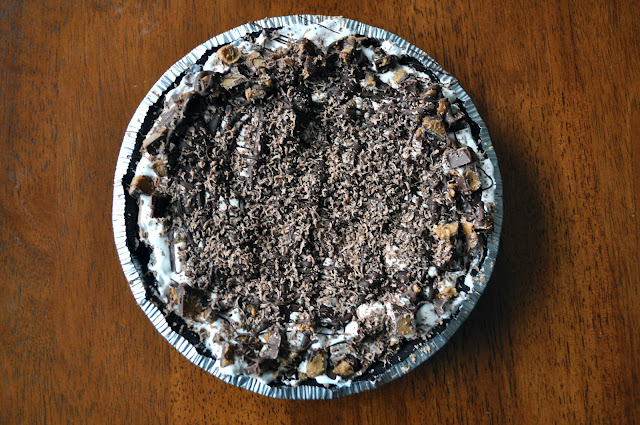 Before I explain how to make it, let me just add that you can literally cut the calories in half by getting light cream cheese, light cool whip, and low fat milk. Also, I originally planned on making this with the graham cracker crust and accidentally bought the short bread crust. It was amazing, but either one will work! 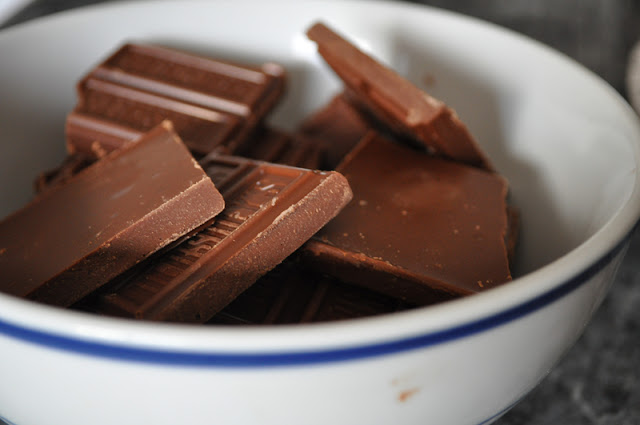 Take apart the Hershey bars and melt in a microwaveable bowl, about 1 minute. Save one small cube and place in freezer for future use. 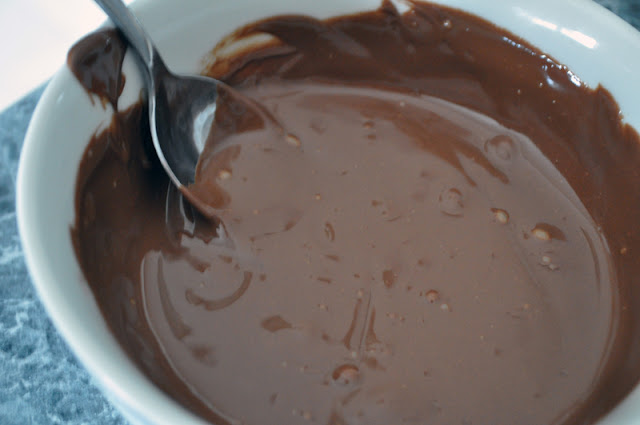 It should be completely melted with no lumps. 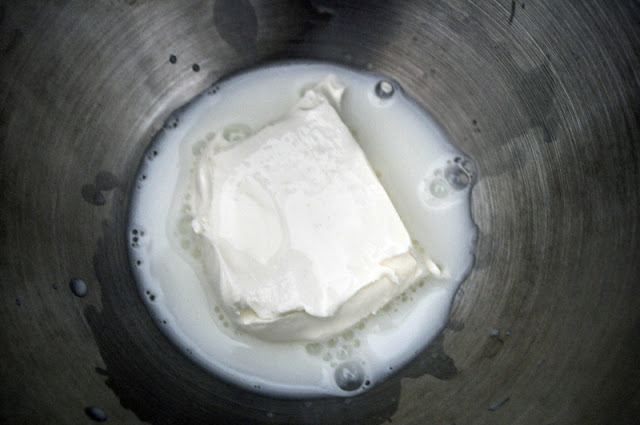 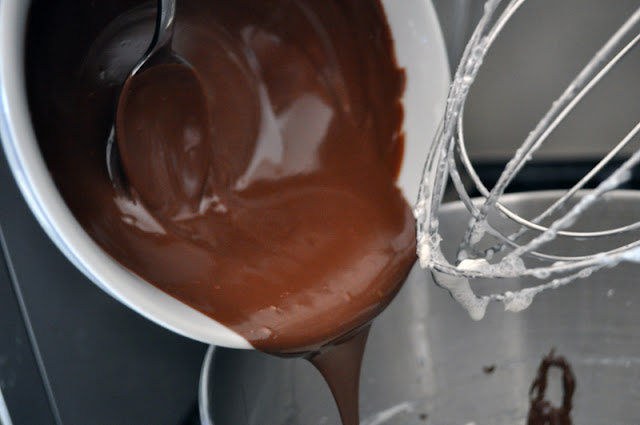 Once that's done, add the chocolate and mix. 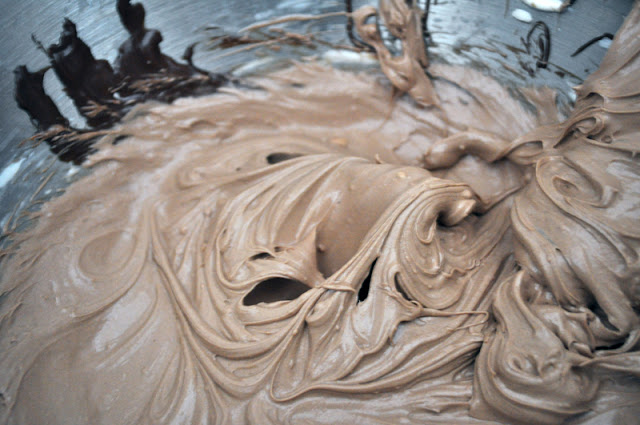 Add half of the Cool Whip, placing the second half back in the freezer. Combine. 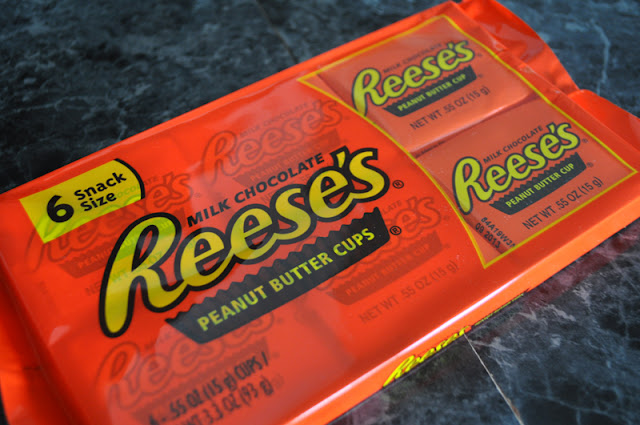 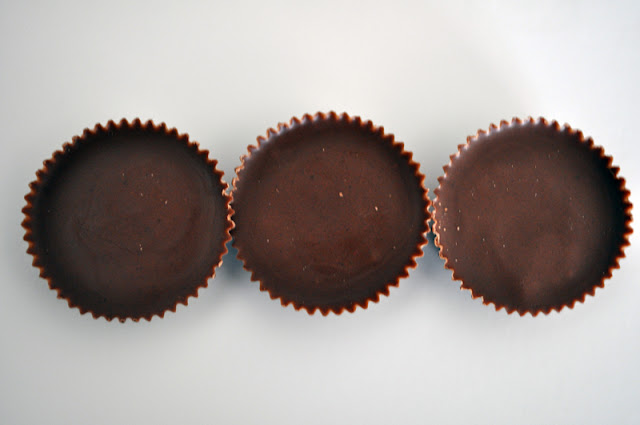 Unwrap 3 of the individual cups and freeze the other 3. If you're not using Reese's, just save half of yours to freeze, and use half at this step. 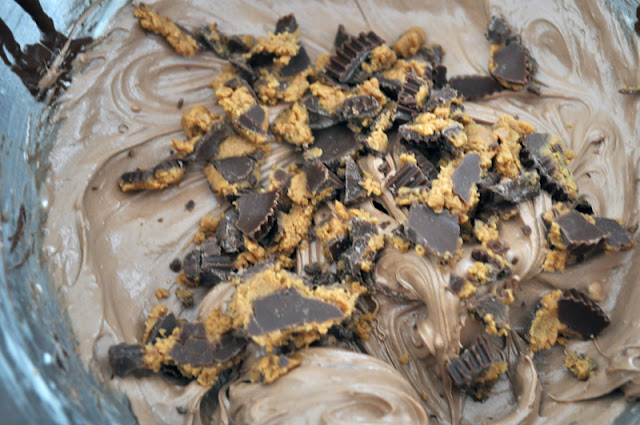 Crush into semi-large chunks and add to mixture. You want these to remain larger pieces to add some texture. Add to mixture. 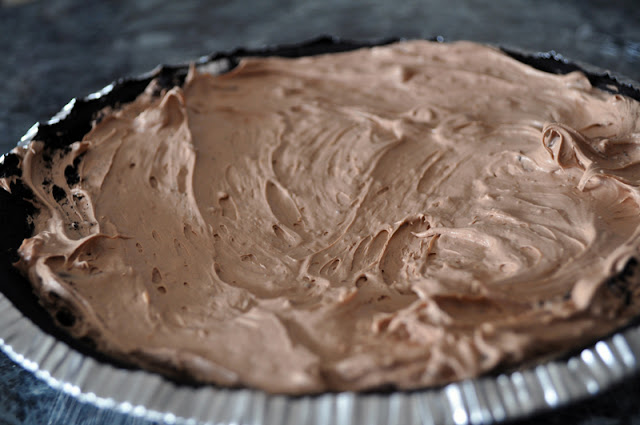 Pour mixture into pie crust and place in fridge to set (this will probably take about an hour).

The following steps need to be done quickly, as Cool Whip is known to melt very quickly. Have all of the steps ready to go before you remove it from the freezer to frost the pie. 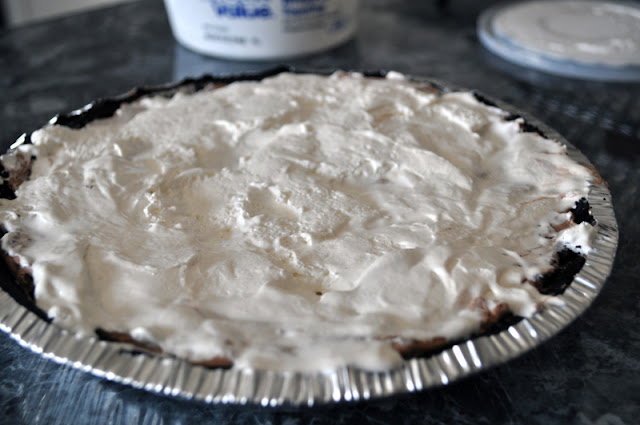 Gently "frost" pie with Cool Whip. See how the outside is already starting to melt? That's why we have to move quick. 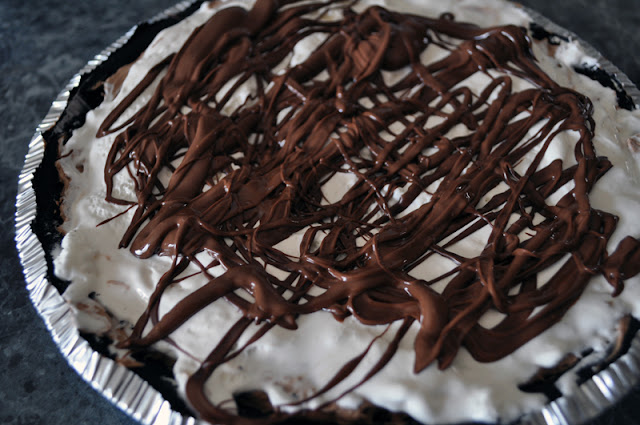 Melt the chocolate chips in the microwave and (in no particular pattern) "splatter" on pie. 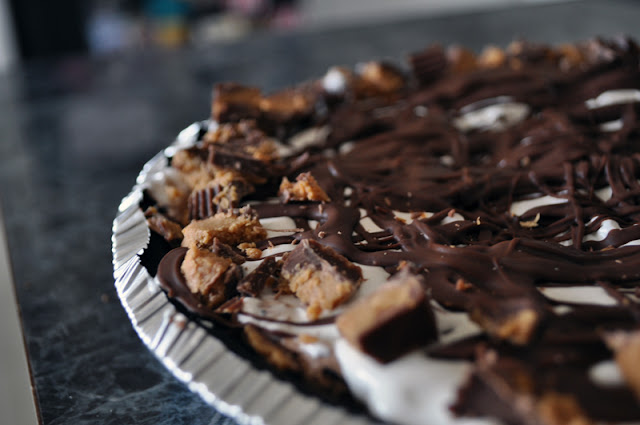 Remove the last 3 Reese's cups (or your other half of the candy) from the freezer. Chop up into small pieces and surround the outer rim of the pie with the pieces. 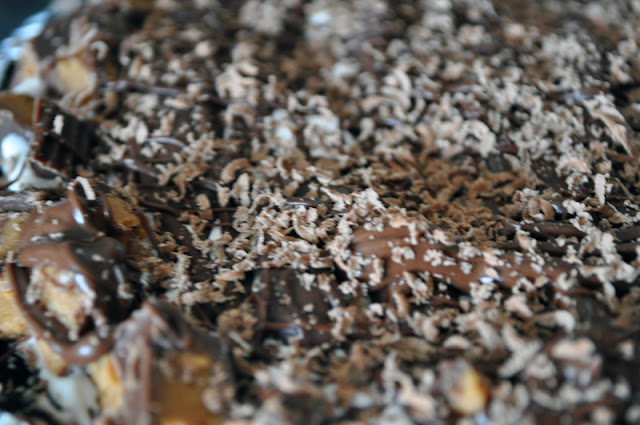 Using the one cube of Hershey's you put in the freezer, gently grate, covering the entire pie with chocolate shavings. 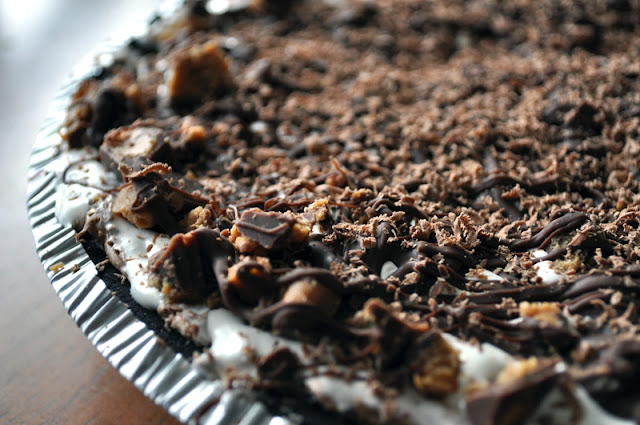 Place in the freezer for at least an hour. Serve immediately out of the freezer.