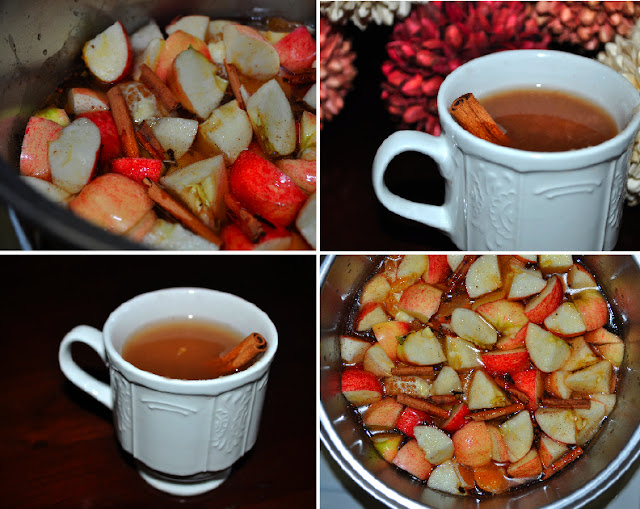 In case you haven't noticed, I'm a little bit obsessed with fall. I've got all the leaves, lights, pumpkins and candles a girl could ever wish for. If it were up to me, I'd spend every weekend in a corn field with a cup of hot chocolate wearing my jean jacket (which is currently missing, so prayers are appreciated). Personally, I think this stems from being deprived of seasons until I moved to Virginia when I was 18.

Today, I was in WalMart grocery shopping (as is every great cook on a Sunday afternoon) and I couldn't help but notice all the cartons of apple cider. And then I realized that it couldn't be that hard. And you know what? It's not. This is better than 1,000 fall candles. The aroma that will fill your house is unbelievable, and it's the perfect fall treat.