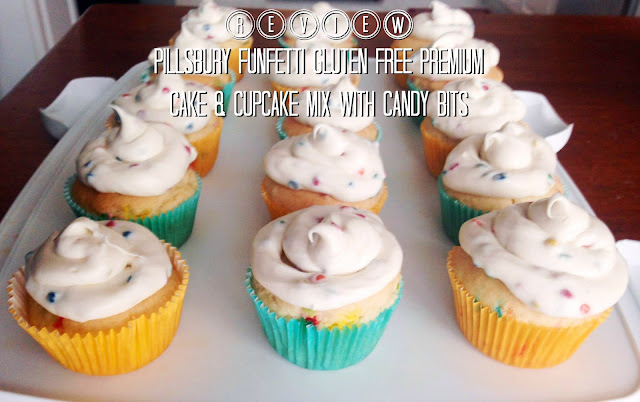 Judah has entered the land of gluten-free, and at first, I was in serious mourning. From what I had been told, gluten-free  is expensive, time-consuming and not all that appetizing. Add that in with a picky two-year-old, and I was convinced this was going to be absolutely miserable. Which, in a lot of ways, it has been. 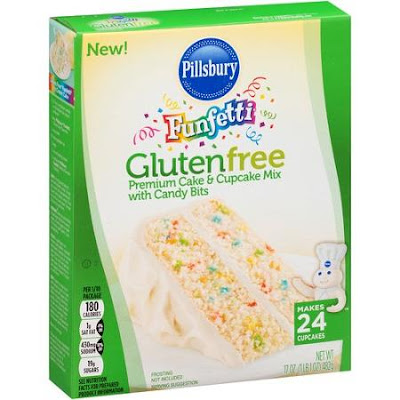 When Easter rolled around, I was put in charge of dessert for the family dinner. There are a million great gluten-free recipes on Pinterest, but I selfishly wanted to make something that would appeal to all the kids in the group, including Judah. So, I hit up Walmart and found this Pillsbury Funfetti Gluten Free Premium Cake & Cupcake Mix with Candy Bits. It was a little over $3 for the box, but it said it would make 24 cupcakes, so I was sold. 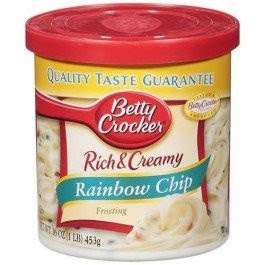 As far as frosting goes, my ipiit app said that Betty Crocker Rainbow Chip frosting was gluten-free, and seriously...have you had this stuff?? They discontinued it for awhile, but it's back, and I'm so glad. It's the one frosting I could eat straight out of the container. I highly recommend it.

The directions for the cupcakes were very easy to follow and typical of most boxed cake mixes. It calls for water, oil and eggs, baked for around 20 minutes. Nothing out of the ordinary, which is exactly what I was looking for. 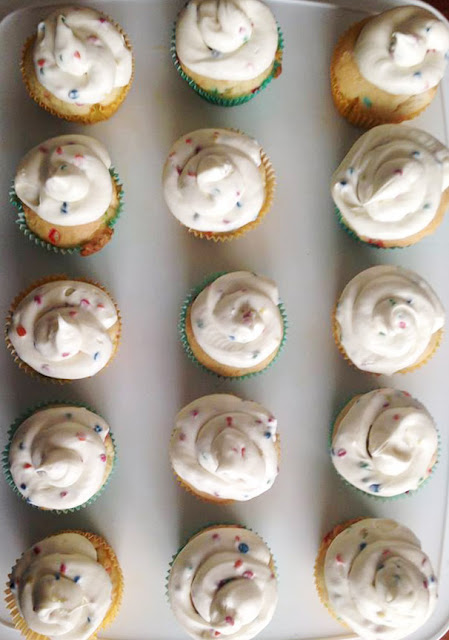 When the cupcakes were done baking, I noticed they were fluffier than most other cupcake mixes, which is a plus for me. The one box made about 20 cupcakes {as opposed to the 24 it claims to make on the box}, but I'm sure you could distribute it more evenly to make the full 24. 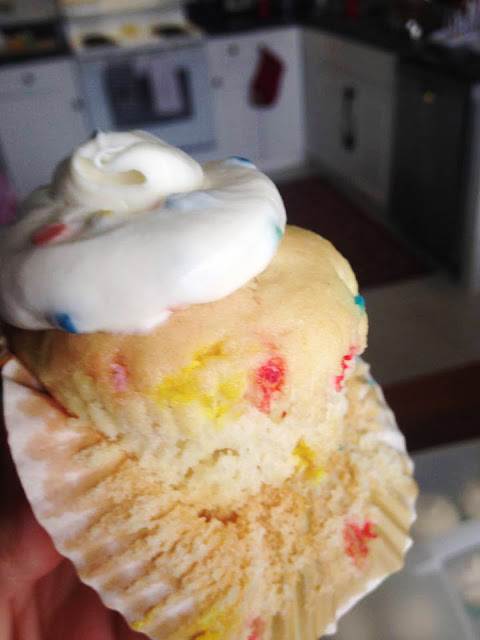 The final test was obviously the taste. When Tim got home, I gave him one without telling him it was gluten-free. He gushed over them, telling me how amazing they were. When I told him they were a special gluten-free mix, he was shocked and said he couldn't tell the difference between that and a "regular" cupcake. So I'd say it was a big success!