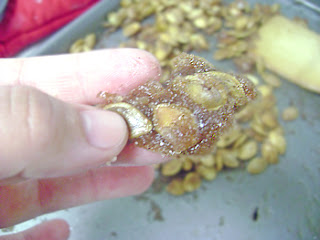 I tried carving a pumpkin this year.

It did not go well. 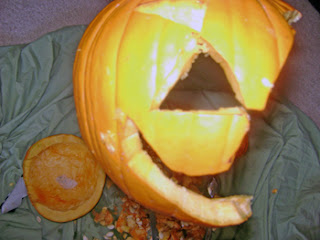 See, I tried doing the normal eyebrows, eyes, nose, mouth deal, but somehow lost half of the mouth and nose.

I watch Grey's Anatomy, but I am not a surgeon.

So, my next idea was to cut off the whole back half of the pumpkin and try again on the other side.

That did not work. My pumpkin is top-heavy.

I then thought, truly, something good has to come from this tragedy. So I decided to make these cinnamon sugar roasted pumpkin seeds. 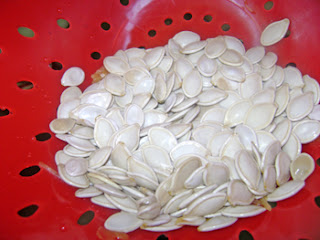 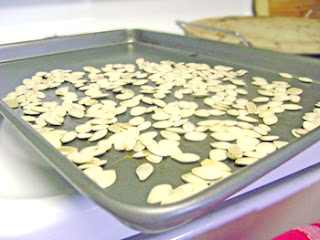 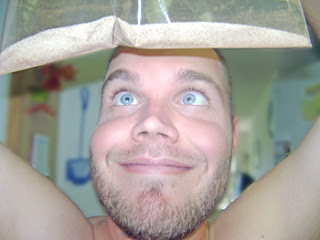 Don't those look good? You can either eat them right away while they're still hot, or you can be like me and let the cinnamon/sugar cool and stick nicely to the pumpkin seeds.

So set aside 30 minutes of your Halloween evening and make these. They're tasty.

And yes, I realize it's not Halloween in every part of the world. But here in Seneca, Sunday is the Lord's day, and we ain't gonna give no credit to Satan on that day.

And all God's people said...