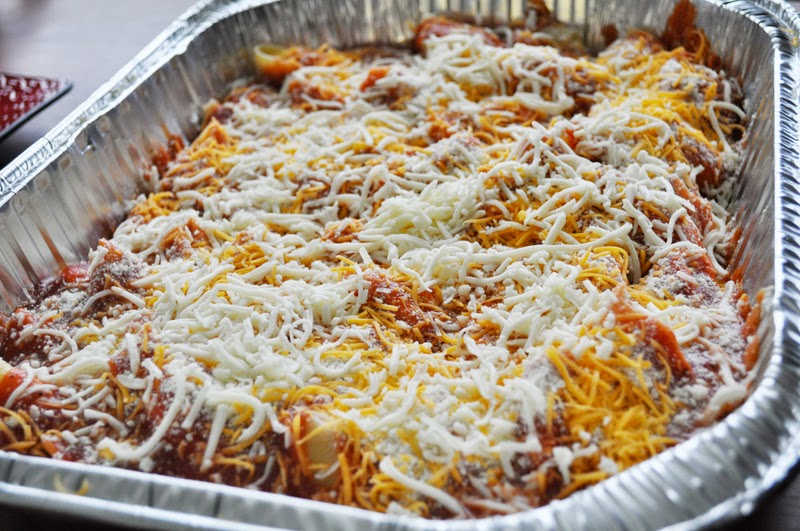 It seems to me that there's a really wide-spread misconception about new moms. I truly think that people believe in their heart-of-hearts that a new mom wants to jump on the weight-loss-wagon the minute she leaves the hospital.

Maybe it's just me. Probably. But the second I was able to eat, I wanted two things: pasta and caffeine-free Coke. I ate ravioli from the hospital cafeteria every day in the hospital. So when I got home and was greeted by a few very healthy meals from a few very well-meaning friends, I was slightly disappointed. Where was my pasta? Did this meal seriously not come with chocolate cake like the one in the hospital did? I tried moving back into the mom/baby ward, but they gave away my suite.

I don't mean to undermine the meals that were given to us. I so appreciated every single one that passed over the threshold of our home. But deep down, I wanted to eat something hearty. I lost a ton of weight when I first came home from the hospital because I was pumping and actually forgot to eat.

Guys. I never forget to eat. So when I did, I knew I had to make my meals count. 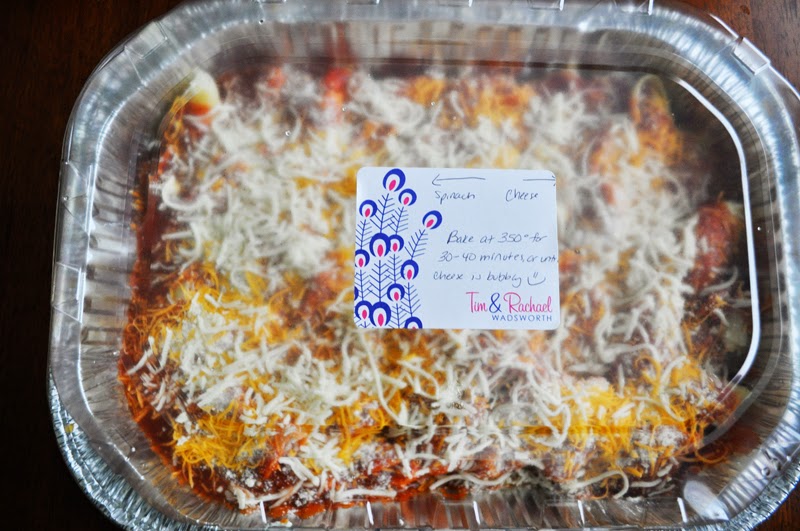 I say all this because I made these stuffed shells for a sweet lady in the church who just had her -- count 'em -- fifth child. She's got some crowns in heaven, this I know for sure. Having been in the new baby phase a mere six months ago, I joined the ladies at my church and made her and her family a meal. A hearty one.

This is actually one of the first things I learned how to make. It's sexy without all the work. Yes, I just called this pasta dish sexy, probably because it's 10:30 pm and I can barely keep my eyes open after a 10 hour day of flying across the country with my 6-month-old. Anyway, because there are kids in the mix, I decided to make half of the dish with spinach and half without. I'm sure this new (again) mom isn't really in the mood to argue over the "green stuff" with her toddlers.

Note: The pictures shown is for a double batch, but the recipe and instructions are for a single batch. I made a ton since it was a big family. 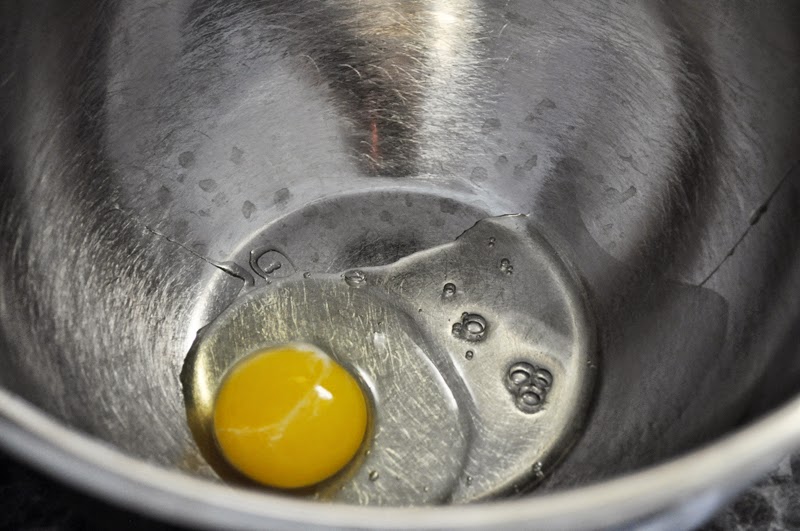 Let's start with the cheese filling. Crack an egg in a large bowl. 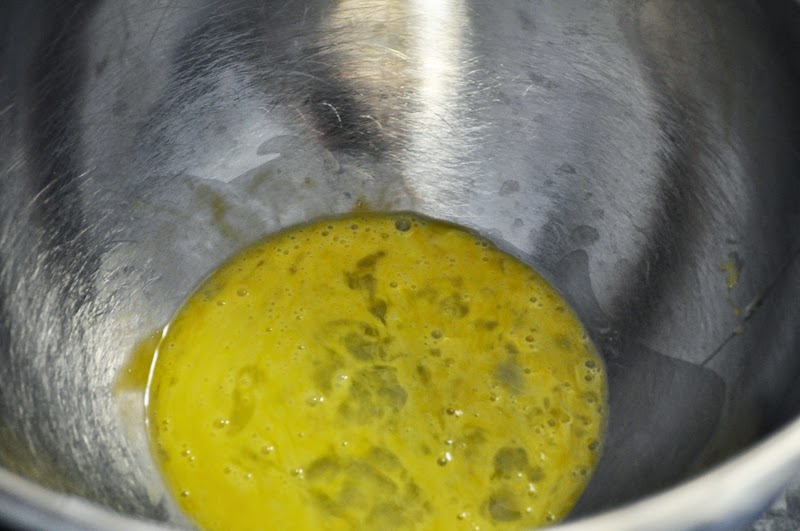 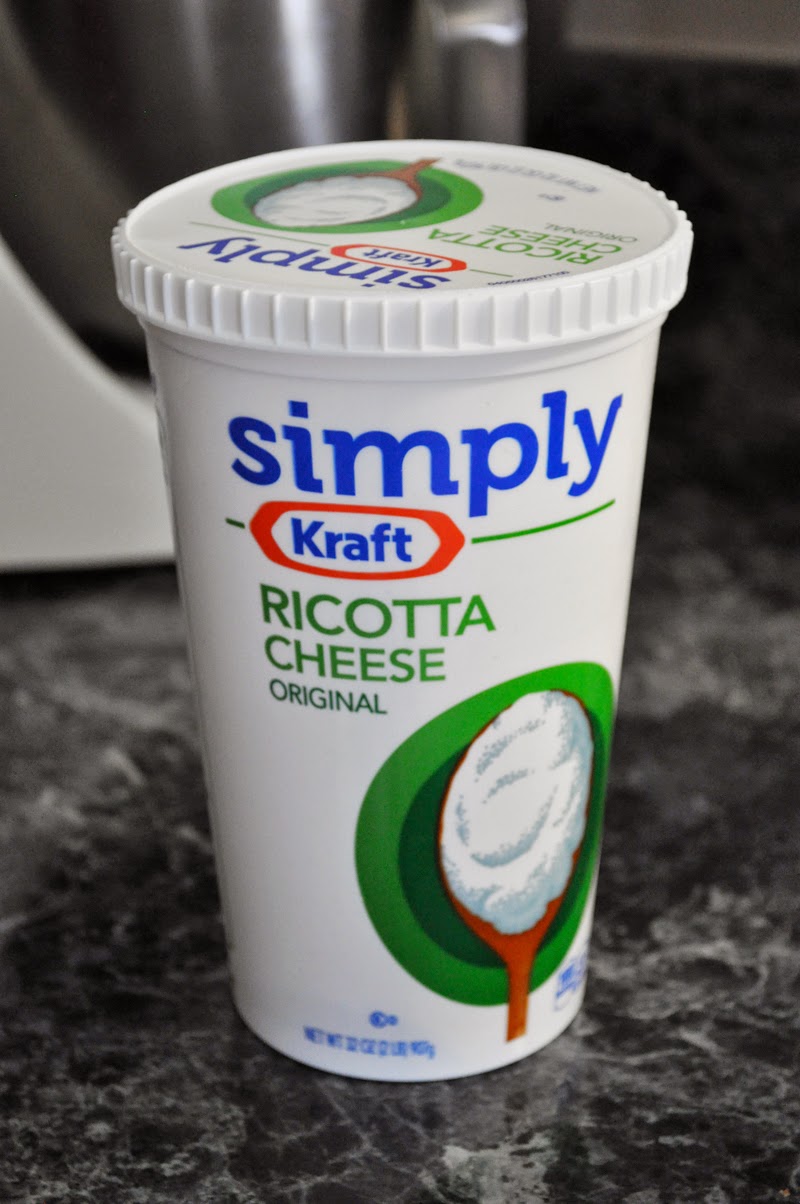 I love ricotta cheese. Just had to throw that in there. 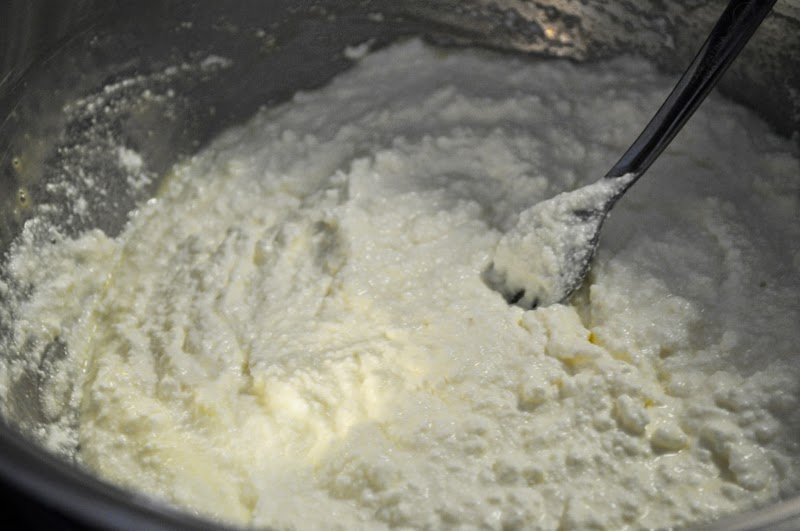 Combine the egg and ricotta. 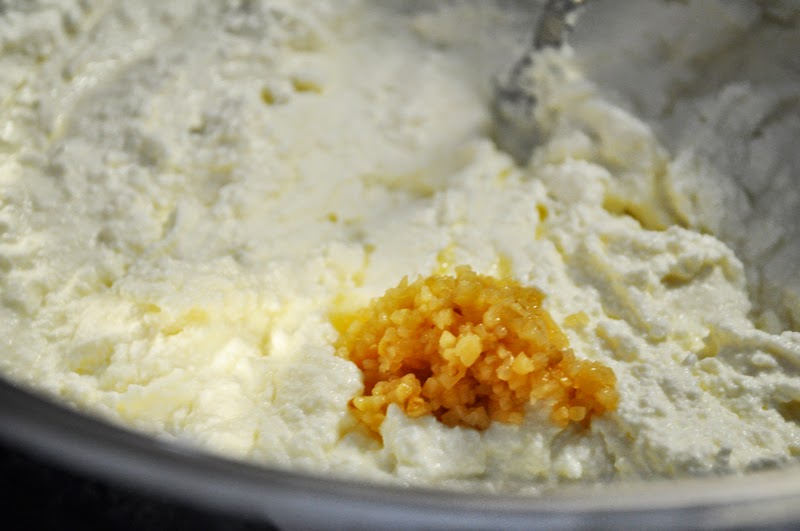 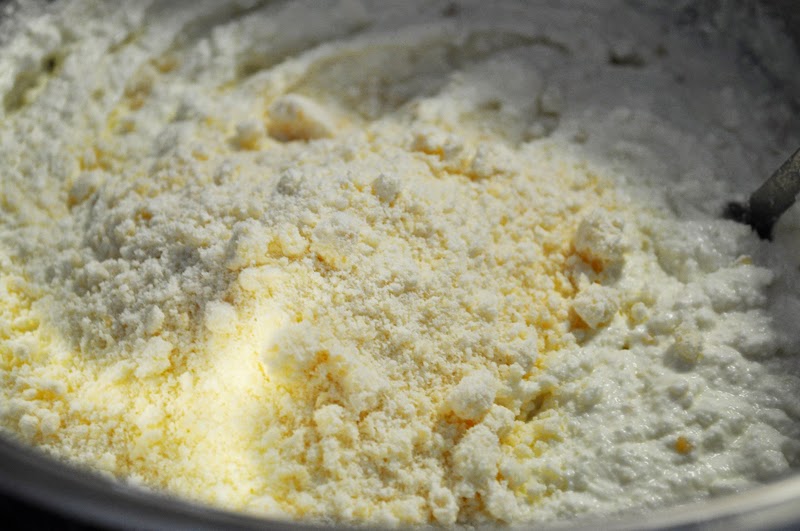 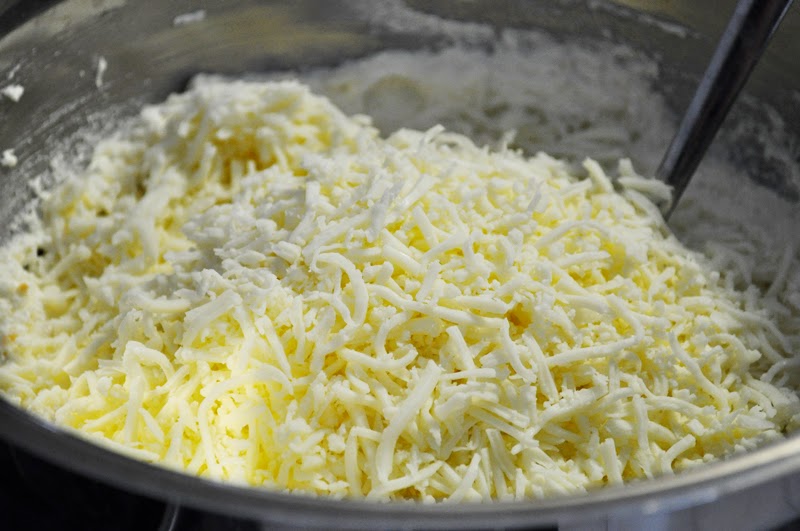 Throw in one cup of the shredded mozzarella cheese. 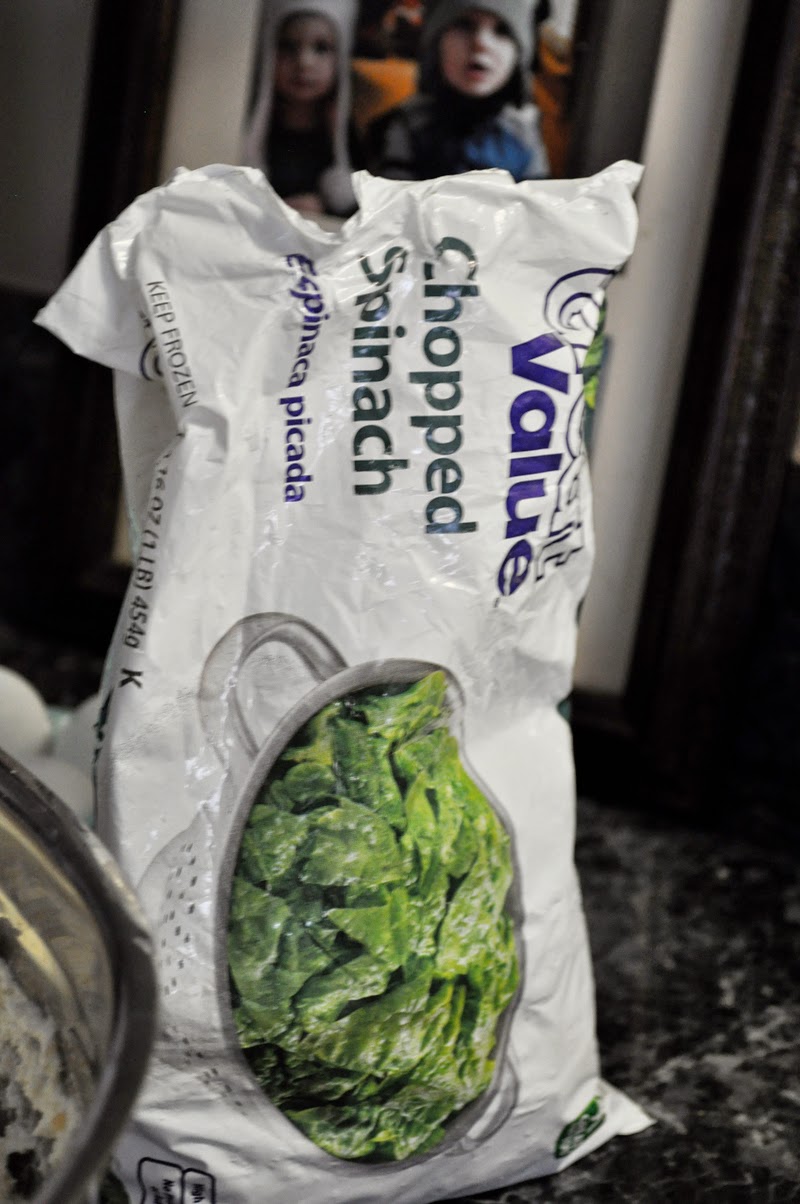 You are more than welcome to use fresh spinach, but there's nothing wrong with frozen. 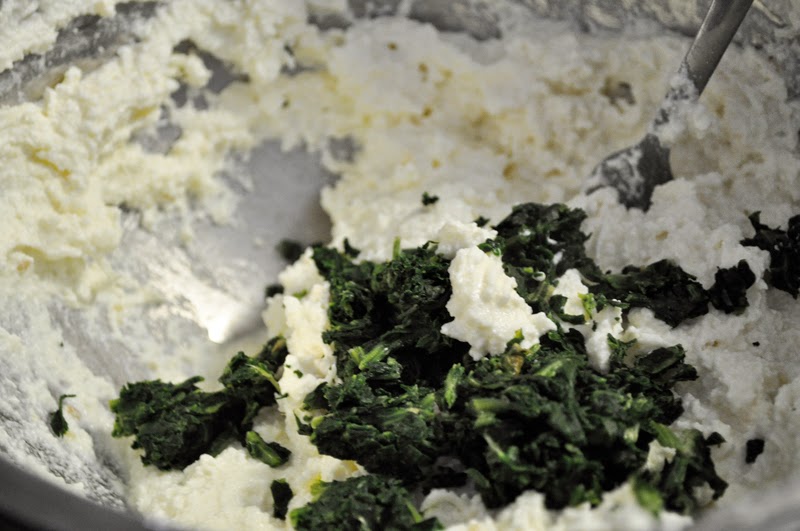 To cook, I combined frozen spinach and a splash of water and microwaved until it was hot. I then put the cooked spinach on a kitchen towel and squeezed out all the liquid. 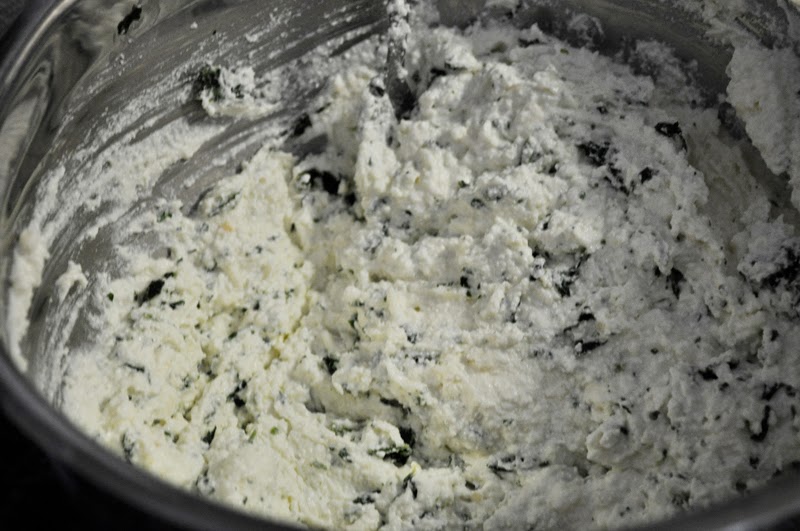 Mix it into the cheese mixture. 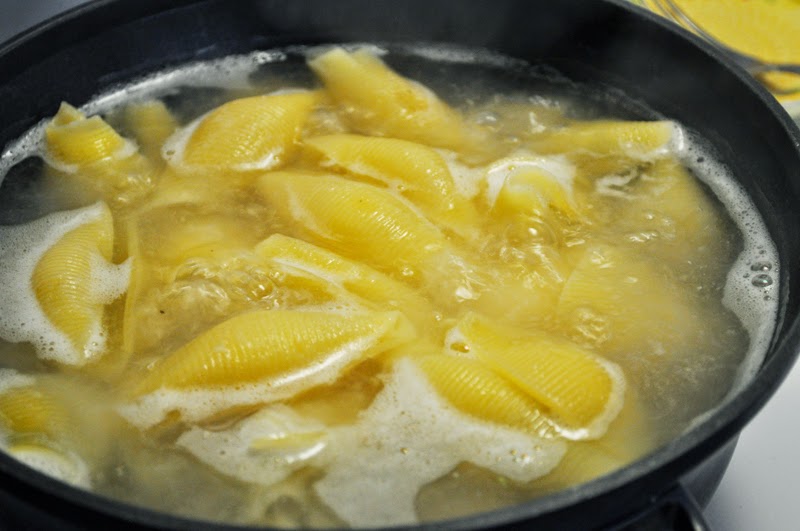 Cook the noodles according to instructions on the package. 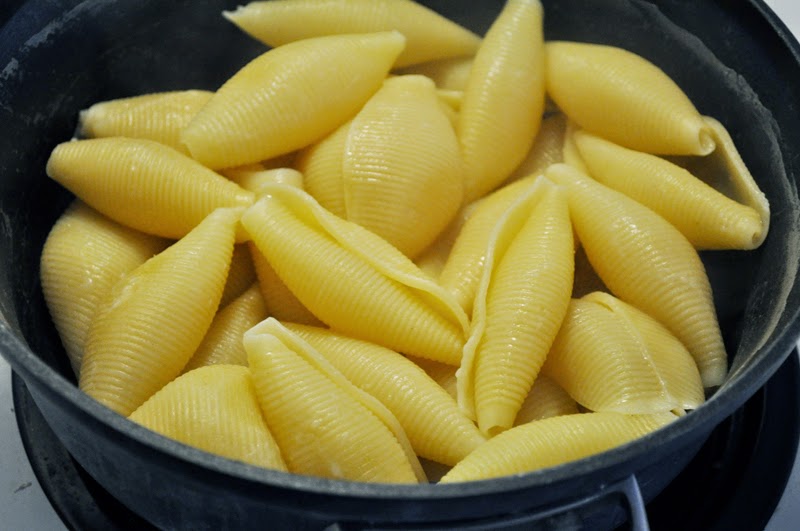 Once you've drained the noodles, let them cool for a bit since you have to use your hands. 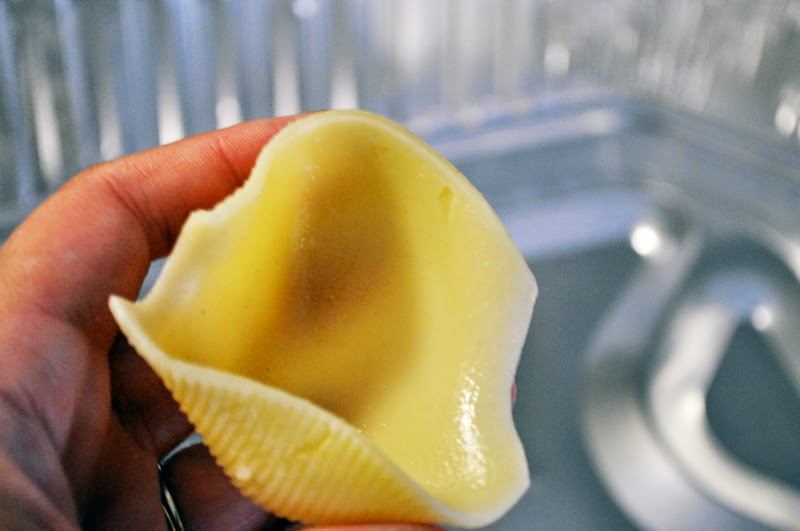 The stuffing part is super easy. One at a time, open up the cooled shell. 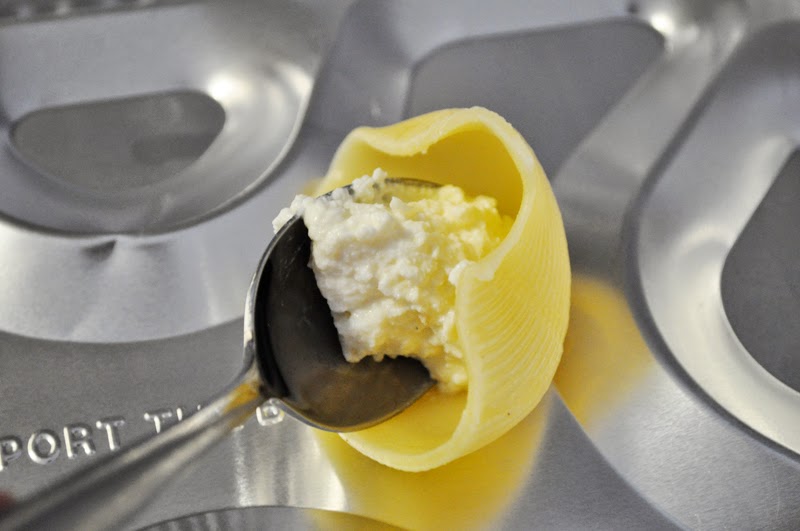 Spoon in 1 tbsp. of the cheese filling into the shell and fold closed. 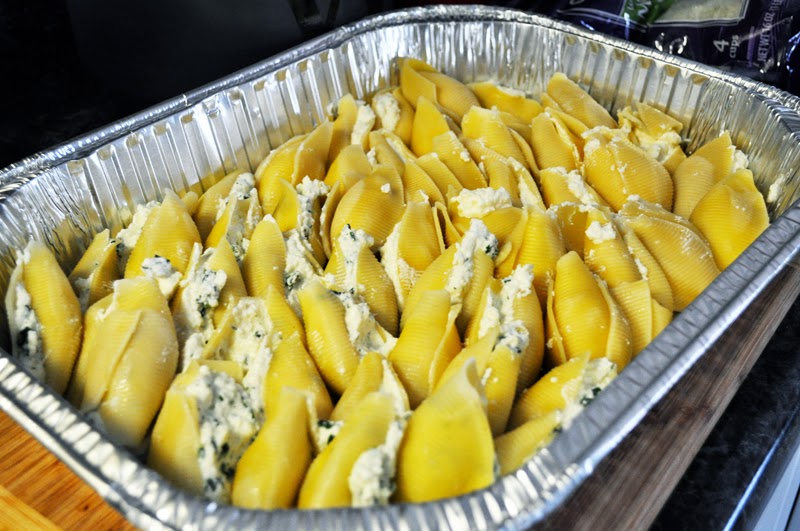 Do that for all the shells. This does take some time, but not as much as you might think. This huge double-batch took about 15 minutes. 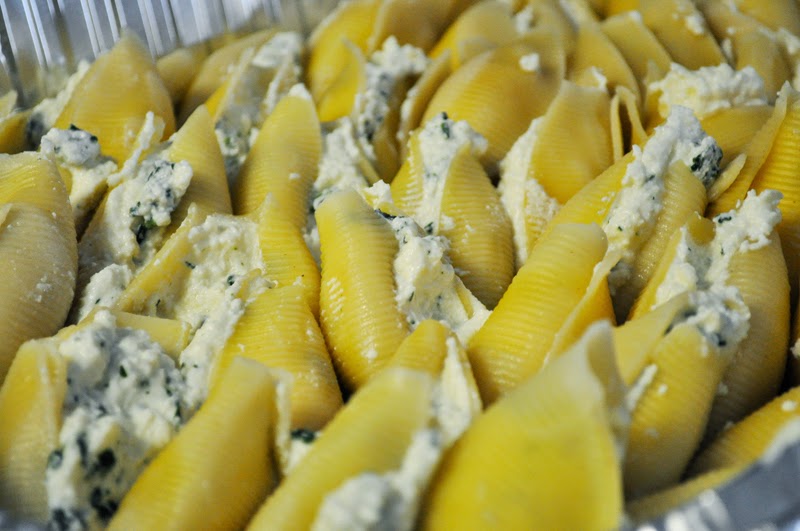 If you happen to have leftover shells (which I did), you can "double up" and use two layered shells. This makes it a little heartier and provides more structure to the pasta. 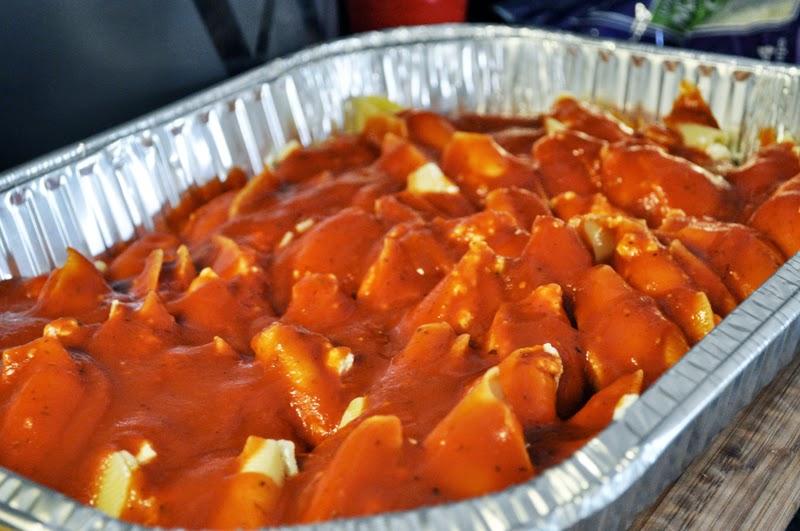 Pour the sauce over the noodles. 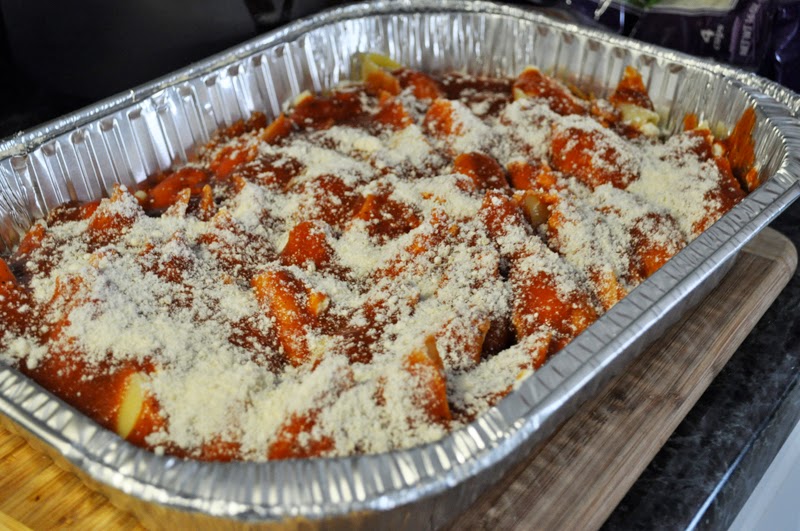 Sprinkle on the other 1/4 cup Parmesan cheese. 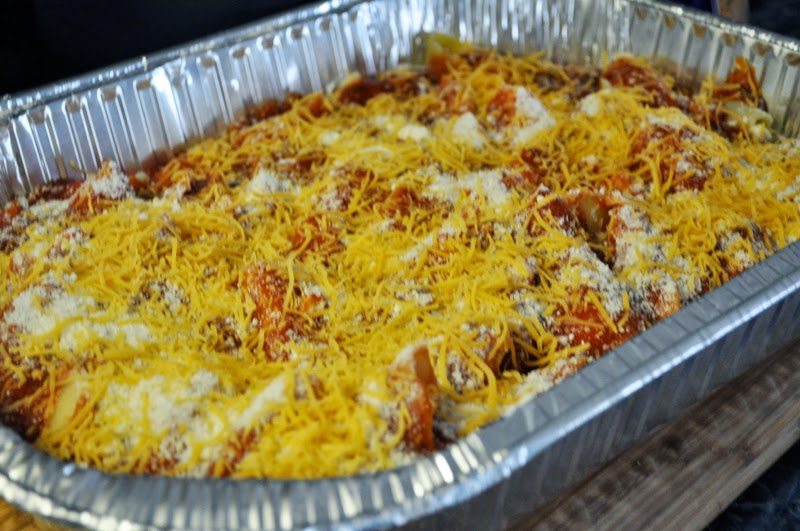 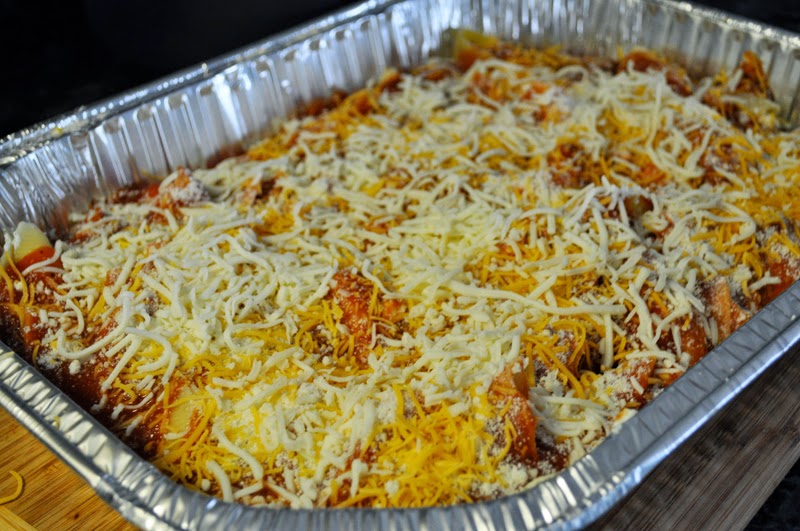 And finish it off with the last cup of shredded mozzarella cheese. 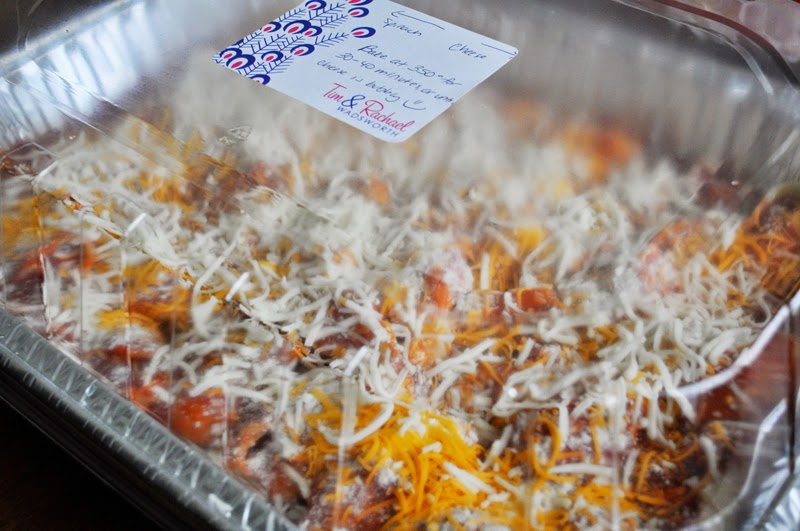 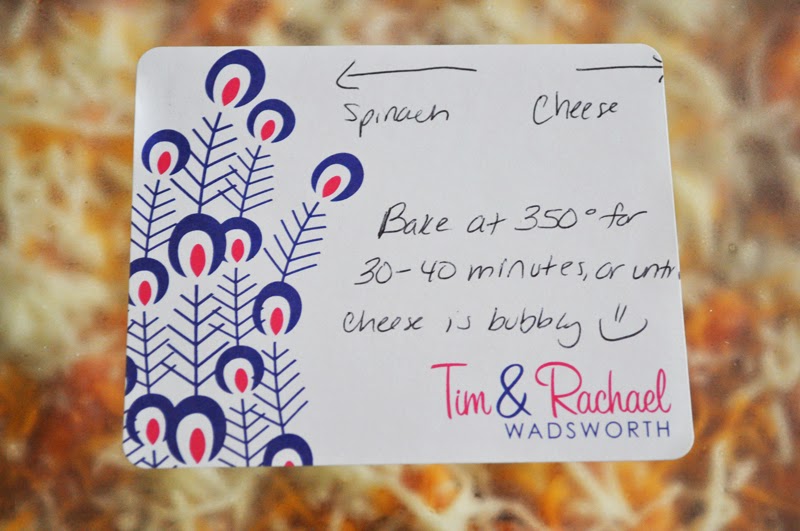 And don't forget to write out instructions! P.S. I get these adorable personalized labels from Erin Condren. They're so useful!

Serve with garlic bread and salad.